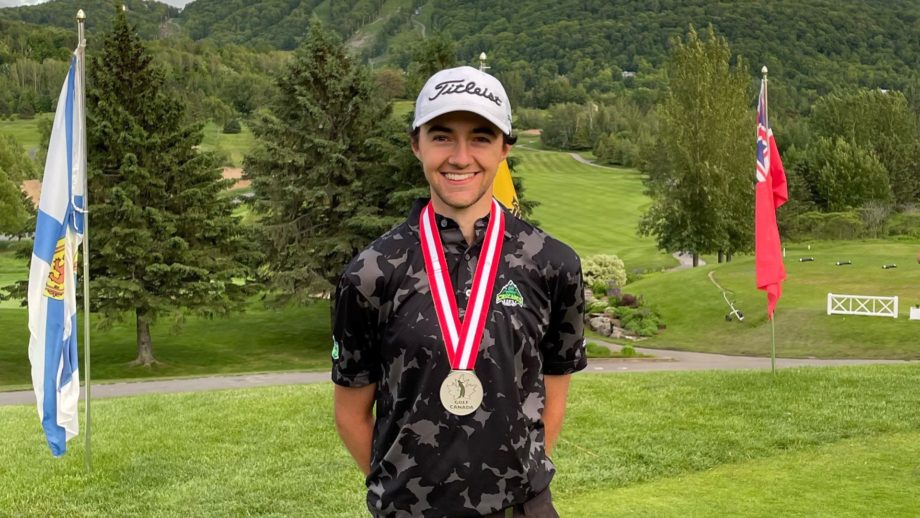 It was an impressive performance by Winnipeg’s Jacob Armstrong at the Canadian University / College Championship in Bromont, Quebec.

That was good for a second place on the leaderboard, only two strokes back of Aidan Schumer of the UBC Thunderbirds.

With the silver medal performance, Armstrong will represent Team Canada at the World University Championship next month in Italy.

Five members of the University of Manitoba Bisons (Lachlan Allerton, Brent Ingram, Stefan Lavallee, Cole Peters and Connor Stewart) were also in the field, however failed to make the cut following 36 holes.