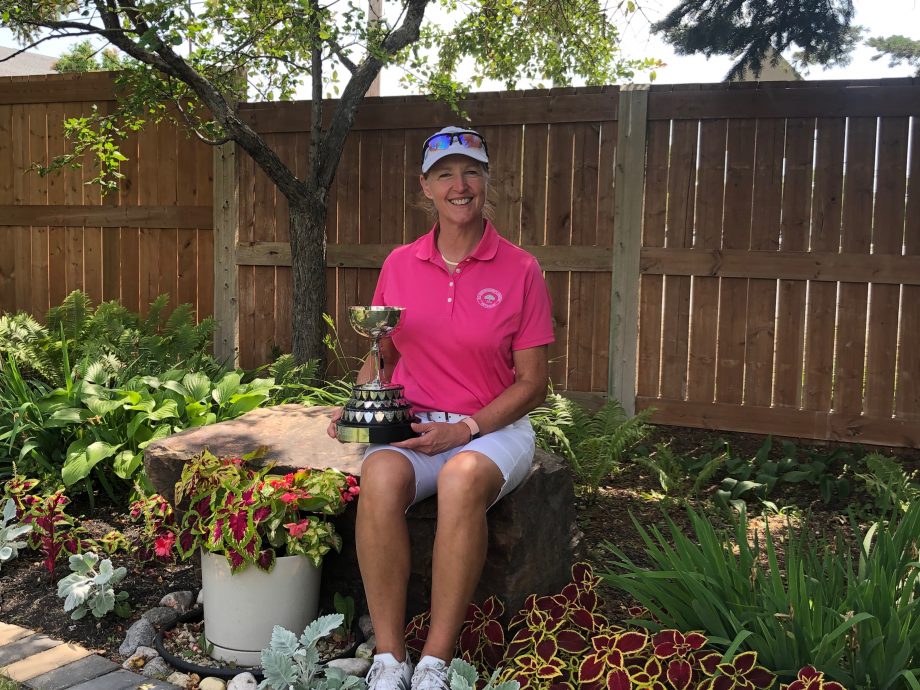 In the men’s side event, Mike Walker held off a late round charge from 2018 Senior Champion Bruce North of the Carman Golf & Curling Club. North, playing in a group ahead of Walker, carded an eagle and two birdies in his last four holes to post an inward nine score of 4-under 30 and a round of 71. Despite the push from North, Walker bounced back from a late round double-bogey with an eagle on the 16th hole and closed with final round 72, good enough for a two shot victory over North.

Rounding out the top three was Garth Collings of Breezy Bend who posted a final round of 73 to finish four shots back of Walker. Walker, North and Collings make up the team that will represent the province and their home clubs in the inter-provincial competition of the Golf Canada Senior Men’s Championship that will take place September 10-13 at the Cedar Brae Golf Club in Scarborough, Ontario.

In the women’s event, it was the steady and consistent play from Rhonda Orr that helped her claim her second straight senior women’s championship. Orr played three solid rounds of golf on the Rossmere layout posting scores of 77-78-77 that was good enough for an 18-shot victory over runner-up Tammy Gibson of Niakwa Country Club who posted rounds of 82-83-85. Rounding out the top three was Diane Eyford of St. Charles Country Club.

Orr, Gibson and Eyford have qualifed to represent the province and their homes clubs in the inter-provincial team competition that will take place during the Golf Canada Senior Women’s Championships that will be held August 18-20 at the Osoyoos Golf Club in Osoyoos, British Columbia.

To view the photo gallery from this year’s senior championship, please click HERE >>