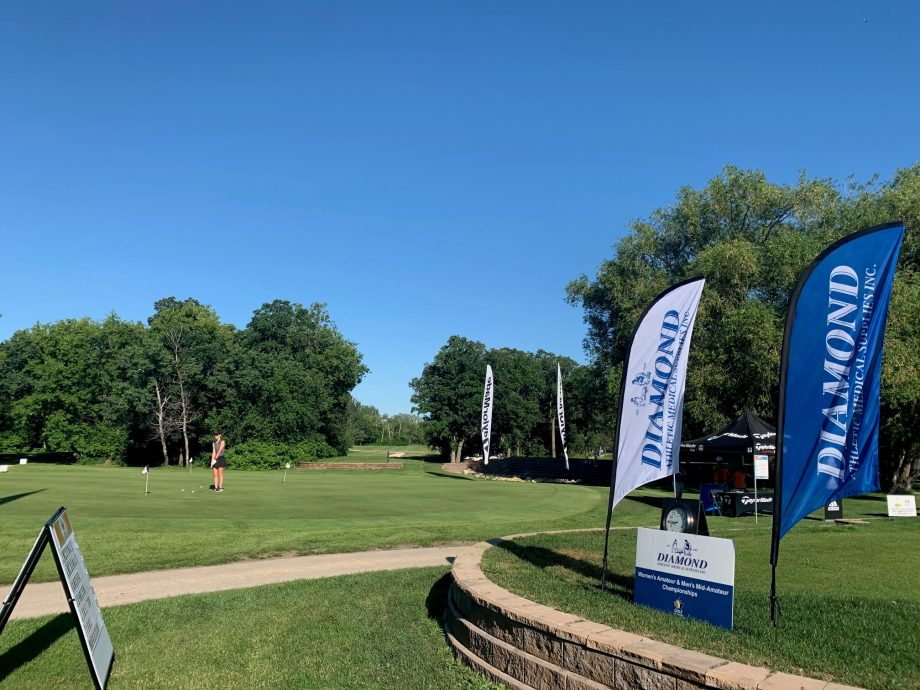 It was near perfect conditions for round two of the Diamond Athletic Women’s Amateur & Men’s Mid-Amateur Championships at the Bel Acres Golf & Country Club.

Veronica Vetesnik of the Kingswood Golf & Country Club will take a one shot lead into the final round of Women’s Amateur. Vetesnik shot a 4-over par round of 77 to sit at 152 for the event. First round leader Bobbi Uhl of Shilo Country Club is tied with Marissa Naylor of Pine Ridge for second place at 153. Defending champion Greer Valaquenta made the move of the day moving up into fourth place after shooting a 2-over par 75.

On the men’s side, Justin McDonald of Breezy Bend holds the 36-hole lead after shooting a 2-over par 74 in the Men’s Mid-Amateur Championship. McDonald sits two clear of clubmate Jesse Skelton who posted an even-par round of 72. Moving into a tie for third place at 146 is Curtis Markusson of St. Charles Country Club and Allan McDonald of Breezy Bend.