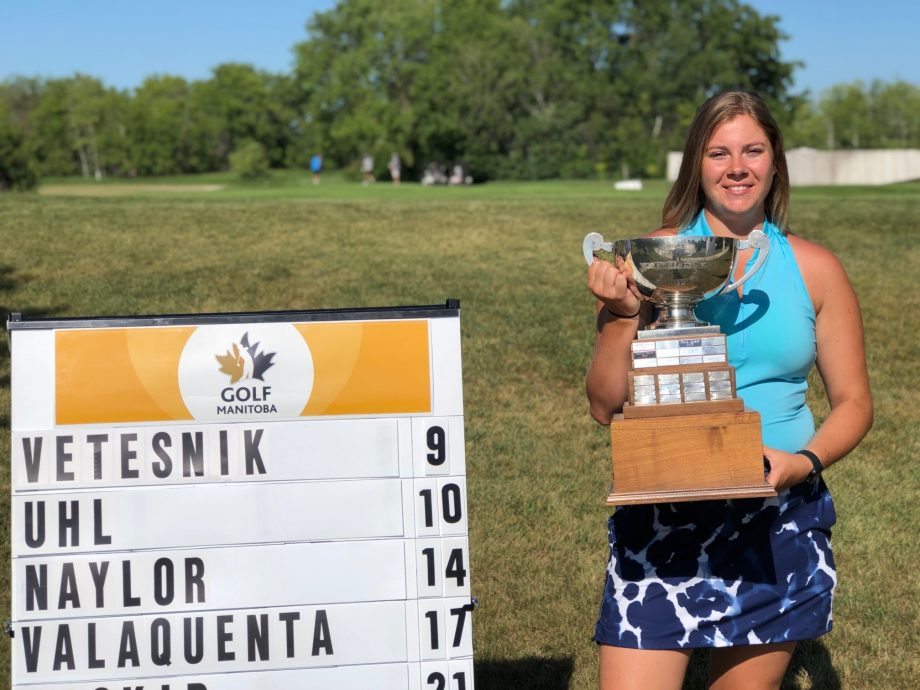 It was another perfect day at Bel Acres Golf & Country Club for the third and final rounds of the 2020 Diamond Athletic Women’s Amateur & Men’s Mid-Amateur Championships.

In the Women’s Amateur Championship, Veronica Vetesnik of the Kingswood Golf & Country Club protected her second round lead to hold off Bobbi Uhl of Shilo Country Club to win the event by a single shot. Uhl managed to pull even with Vetesnik after the first nine holes, but Vetesnik held her ground with a steady back nine carding a final round of 77. Uhl finished alone in second and also posting a 77. Marisa Naylor, who started the round tied for second, finished with a final round of 7-over par 80 to finish alone in third. Defending champion Greer Valaquenta finished in fourth after a final round score of 85.

On the men’s side, Allan McDonald of the Breezy Bend Country Club is your 2020 Men’s Mid-Amateur Champion.  Allan McDonald, who started the day 2 shots back of second round leader and clubmate Justin McDonald, fired a final round of 1-over par 73 to finish at 219 for the 54-hole event. Justin McDonald and Eric Johnson, the 2019 defending champion and also of Breezy Bend, both tied for second at 224.

Mike Tibbs of Breezy Bend won the Mid-Masters (40+) division shooting 225 for the event assisted by a final round of 73.

Golf Manitoba would like to thank our event title sponsor, Gerald Diamond and Diamond Athletic Medical Supplies for their incredible support of these two events! Thank you!

Golf Manitoba also wishes to extend a sincere thank you to membership, management and staff of the Bel Acres Golf & Country Club including PGA of Canada Head Professional, Robin Henderson and Head Superintendent, David Linstead. A special thank you also to all the competitors who helped make this another great event!