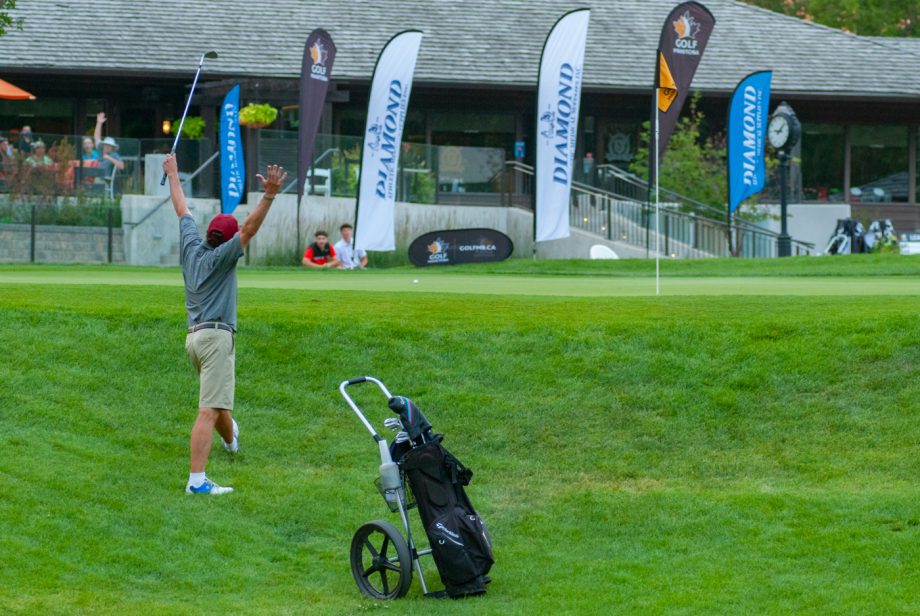 Uhl shot an 82 in her final round, one stroke better than Orr ending three days of play at 237.

Hannah Diamond of St. Charles Country Club had the low round Sunday shooting a 6 over par 78, missing the playoff by a single stroke.

Breezy Bend Country Club’s Charmaine Mackid, who finished fourth, four strokes back of Uhl and Orr, had the shot of the day acing the 14th hole.  It was her second career hole in one.

Orr won the Mid-Amateur Division championship by one stroke over Diamond.

It was a first in the storied golf career of Niakwa’s Todd Fanning in winning the Diamond Athletic Men’s Mid-Amateur Championship on his home course.

Fanning chipped in on the 17th hole for bird and holed a shot for another birdie on the 18th hole to shoot a one under par 70 and finish atop of the leaderboard four strokes better than Jordy Lutz of Elmhurst Golf and Country Club.

The low round of the day belonged to Ryan Terdik of Pine Ridge Golf Club, he carded a two under par 69 to finish fourth.