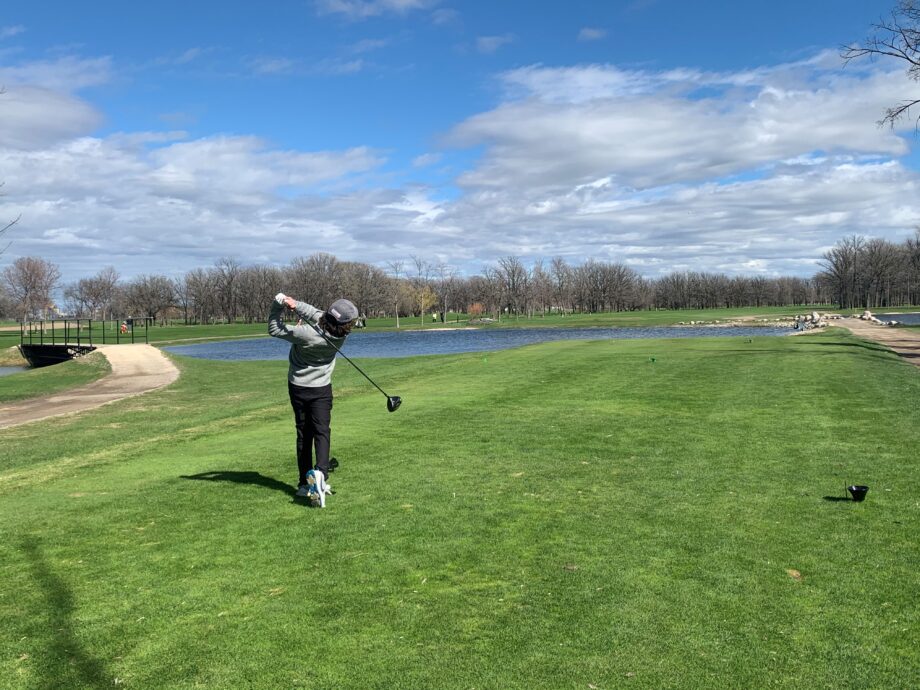 Winnipeg’s Noah Fiks, who had the low two round total over 36 holes carding a 75 and 77 to finish at 8 over par 152, won the Junior Boys event by two strokes over Ryan Orchard of Carman.

Addison Kartusch of Winnipeg won the 15-19 Girls title by three strokes over Jeri Lafleche, also of Winnipeg. Kartusch finished at 168 (84-84).

Taking a look at the Division Winners:

As well, congratulations to Fiks for acing the 206 yard 12th hole using a 4 iron. 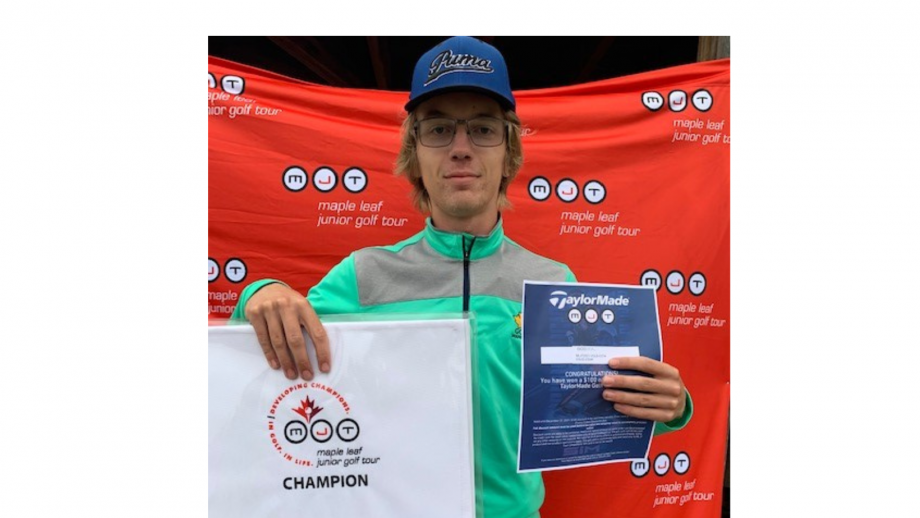 Winnipeg’s Noah Fiks shot a four under par 67 in his final round at the Carman Golf & Curling Club to earn a four stroke victory over Trey Ross, also of Winnipeg, in the 36 hole Maple Leaf Junior Tour Manitoba Series.

Fiks’ 67, which earned him the Junior Boys title with a two day total 140, was the lowest single day score of any golfer in the six divisions of competition.

12 year old Teerawut Boonseeor of Thailand had an impressive showing with two days of play at 73,68 to win the Pee Wee Boys division.

Thomas Scott of Dauphin shot a three under par 68 and has a four stroke lead over Winnipeg’s Trey Ross heading into today’s final round of the Maple Leaf Junior Tour’s Manitoba Series 36 hole tournament at the Carman Golf and Curling Club.

Scott’s round, to lead the Junior Boys Division, was the best score posted in any of the six divisions.

Jack Taylor of Winnipeg opened with a 72 to lead the Juvenile Boys Division by one stroke over Carman’s Ryan Orchard.

Brayden Boge of Winnipeg, who shot a 72, has a two stroke lead over Jackson Delaurier of Dauphin in Bantam Boys.

In Pee Wee Boys, a 73 by Teerawut Boonseeor of Thailand is good for a five stroke advantage over Hudson Hunnie of Winnipeg.

Crystal Zamzow of Swan River has a 10 stroke lead over Clara Peake of Binscarth after carding a 72 in Girls 15-19 play.

Addison Kartusch of Winnipeg opened with an 83 in the U15 Girls Division. She is eight stroke ahead of Jeri Lafleche, also of Winnipeg.

The second and final round tees off at 10:00 this morning. 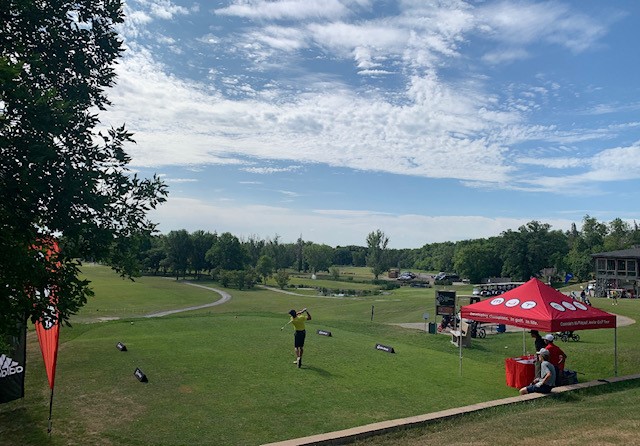 A busy four days of golf came to end this afternoon for a number of Manitoba’s top junior golfers.

After competing in the Golf Manitoba Bantam Championship presented by the Alex & Peggy Colonello Foundation over the weekend at Transcona Golf Club, many continued on to the Selkirk Golf & Country Club for two days in the Maple Leaf Junior Golf Tour’s Manitoba Series.

Golf Manitoba Women’s Bantam Champion Jeri Lafleche of Winnipeg won the Under 15 Girls Championship at 173 (87-86), good for a 9 stroke victory over Addison Kartusch, also of Winnipeg.

The Pee Wee Boys Championship needed a playoff following Winnipeg’s Mason Chubey (82-79) and Hudson Hunnie (79-82) tying at 161. Chubey was the winner after a second playoff hole on a count back.

Noah Fiks of WInnipeg (70-75) won the Junior Boys Division by two strokes over Braxton Kuntz (74-73), also of the Manitoba Capital.

Next stop on the MJT Manitoba Series is July 17-18 at St. Boniface Golf Club.

After a busy weekend at Transcona Golf Club playing in the Bantam Championship presented by the Alex & Peggy Colonello Foundation, a number of Manitoba’s top junior golfers were back on the course today starting the two day Maple Leaf Junior Golf Tour’s Manitoba Series.

Mikyla Albert of Selkirk has a two stroke lead over Binscarth’s Clara Peake after shooting an 83.

Hudson Hunnie of Winnipeg opened the Pee Wee Boys division with a 79, that’s 3 strokes better than Mason Chubey of Winnipeg.

Golf Manitoba Men’s Bantam Champion Jackson Delaurier of Dauphin is tied with Winnipeg’s Brayden Boge at 77 to lead the Bantam Boys division. They are one stroke better than Liam Comaskey of Oakbank of Payne Wood of Winnipeg.

Jack Taylor of Winnipeg leads Oakbank’s Chase Janas by one stroke in Juvenile Boys action after opening with a 73.

Winnipeg’s Noah Fiks opened the Junior Boys division shooting a 70 and has a four stroke advantage over Braxton Kuntz, also of Winnipeg.

The second and final round tees off tomorrow morning at 10:00, also at the Selkirk Golf & Country Club

The non-profit Maple Leaf Junior Golf Tour, concluded its 21st season on November 10th with the final round of the MJT Boston Pizza National Championship presented by TaylorMade and adidas Golf at The Reunion Resort in Kissimmee, FL, which played host to four days of golf including a practice round and three rounds of competition and a record-sized field of elite young golfers from across Canada.

Eight Manitobans were in the season ending championship with Soni taking top honours in the Junior Boys division as well posting the top finish of all Manitobans in the field.  Soni, the 2019 Manitoba Order of Merit winner, shot a total score 2019 including an final round 71 that propelled him to a four shot victory over Nicholas Rimmer of Edmonton, Alberta.

In the Juvenile Boys division, Braxton Kuntz of Breezy Bend Country Club finished 5 shots back of the winner and in 4th place overall for a 219 total. Noah Fiks of Bel Acres was the next Manitoban in the field finishing in 9th and Trey Ross of Rossmere finished T19th.

In the Pee Wee division, Spence Mott of Shilo Country Club finished in 6th place with a 251 total.