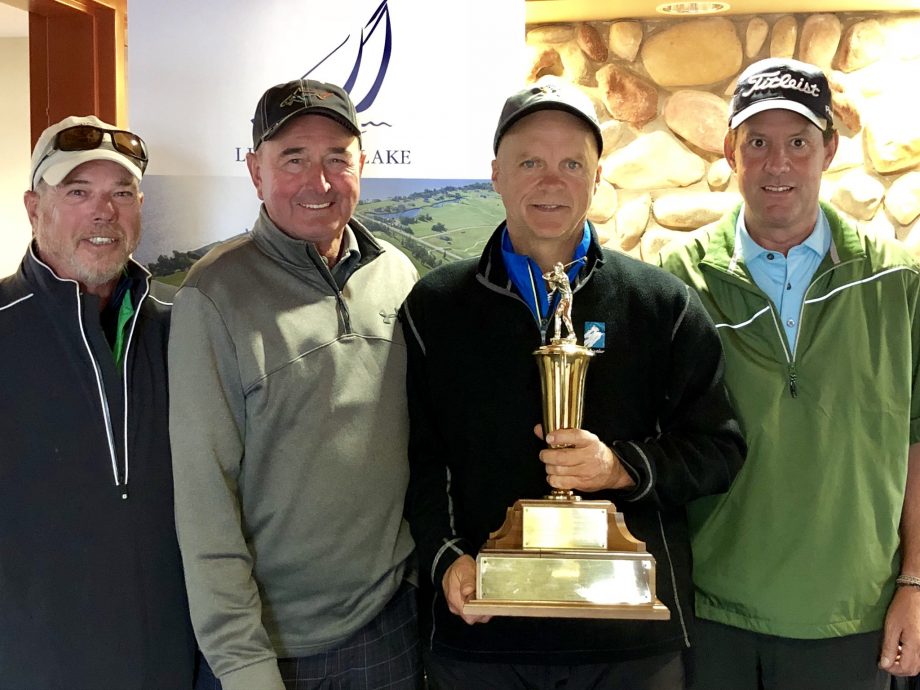 The teams from the St. Boniface Golf Club (pictured above) and the Carman Golf & Curling Club took the city and rural division titles respectively at the 2019 Golf Manitoba Senior Inter-club Championship that was held August 27 at the Links at the Lake Golf Club in Gimli, Manitoba.

In the city division, the team of Mike Walker, John Butler, Bill French and Dave Weseen shot a team total of 232, good enough for a four shot victory over the teams from Niakwa Country Club and Breezy Bend Country Club who tied at 236.

Individually, the low round of the day went the Dan Scanlon of Kildonan Park who shot a +1 score of 73 in rainy and windy conditions. Bruce North of Carman was next at 74 and Bill French of St. Boniface rounded out the top three with a 75.

Next on the Golf Manitoba championship calendar, and the last event of the 2019 season, is the Men’s Provincial Inter-club Championship being held September 3 at the Glendale Golf & Country Club.