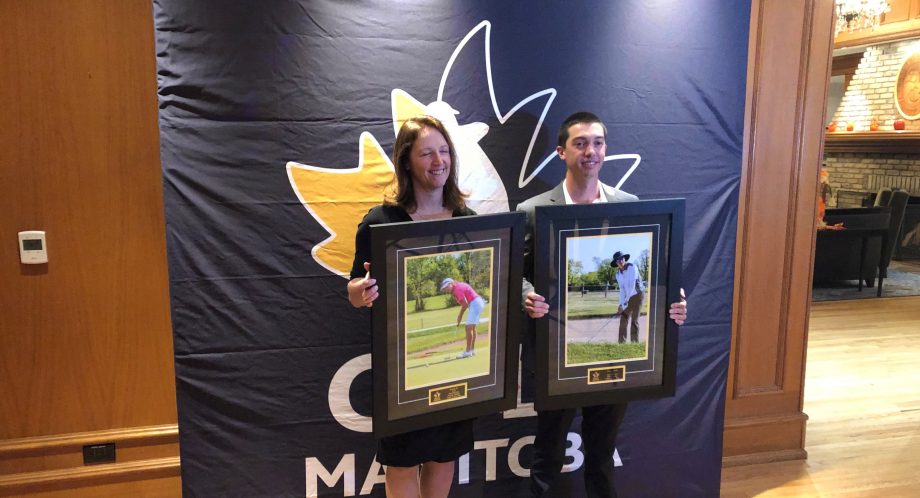 Rhonda Orr started her 2019 campaign with a 5th place finish in the Diamond Athletic Women’s Amateur Championship. Orr then went on to win the Manitoba Women’s Senior Championship; her fourth straight title in the event and 6th in the last 7 years. The win helped secure a spot for Orr to represent Manitoba at the 2019 Golf Canada Senior Women’s Inter-provincial Team Competition where the team finished in 5th. Individually, Orr was the low Manitoban finishing in 11th place overall.  Orr also went on to qualify for a second straight year to compete in the 2019 USGA Senior Women’s Amateur Championship where she qualified for the match play portion of the event and winning her first match and making it to the round of 32. The Golfer of the Year Award is Orr’s second in a row and third in the last four years.

Colwyn Abgrall had a successful start to his year with a runner-up finish in the Match Play Championship. He followed that performance with a 7th place finish in the Grey Owl and a T3rd finish at the Elmhurst Invitational. At the Nott Autocorp Men’s Amateur, Abgrall led the event after the second round and completed the run for his first Amateur title. The win earned Abgrall a spot on Team Manitoba and the chance to compete at the 2019 Golf Canada Men’s Amateur Championship; the team finished in 5th place. Abgrall continued his fine play by tying for medallist honours at the regional Qualifier in Fargo, ND and earning a spot in the United States Amateur that was held at the Pinehurst Golf Resort in North Carolina, USA. The Golfer of the Year Award is the first for Abgrall.

The Golf Manitoba Amateur Golfer of the Year Award was presented for the 45th time at this year’s Award Ceremony.