Sullivan has low round on Day 1 of MJT Manitoba Series at St. Boniface Golf Club 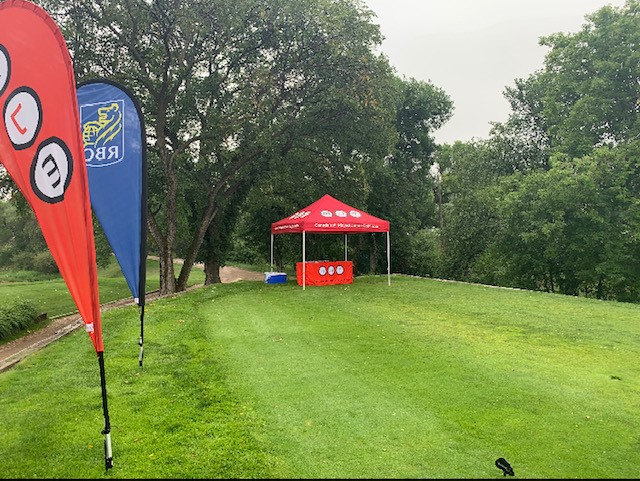 Samuel Sullivan of Carman shot even par 72 and has a two stroke lead over Winnipeg’s Jordon McDonald and Eric Prokopowich of Dauphin in the opening round of the Maple Leaf Junior Golf Tour’s Manitoba Series at the St. Boniface Golf Club.

Sullivan’s round, to put him atop of the junior boys division, was the best score of any player to open the 36 hole event.

In other division play, Hayden Delaloye of Neepawa shot a 3 over par 75 and has a two stroke lead over Winnipeg’s Jack Rudick in the juvenile boys.

Brayden Boge of Winnipeg leads the bantam boys shooting a 79, good for a two stroke advantage over Winnipeg’s Terence Rafferty.

Hudson Hunnie of Winnipeg opened the peewee boys division with an 82 and sits seven strokes better than Hunter Oakden of Brandon.