Zamzow, Boge, Oakden and Lafleche lead after Round 1 of the Women’s City & District Championship and Bantam Championships 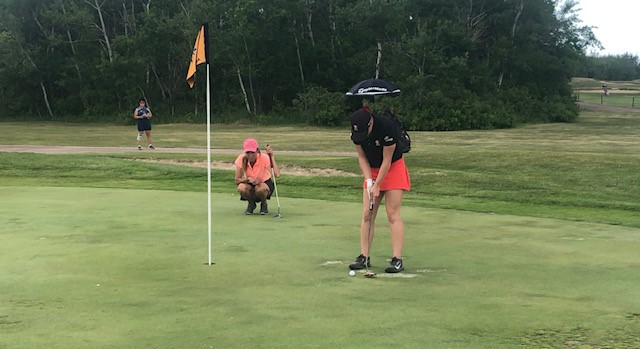 The 15 year old shot a six over par 78 Saturday at the Transcona Golf Club to sit one stroke better than Bobbi Uhl of the Shilo Country Club and Niakwa Country Club’s Marissa Naylor.

Zamzow’s round consisted of seven bogeys, 10 pars and one birdie.

Charmaine Mackid of Breezy Bend Country Club and Southwood Golf and Country Club’s Rhonda Orr both shot an 82 and sit four strokes back.

Boge made three birdies on the back nine to shoot a three over par 74.

Hunter Oakden of the Glendale Golf and Country Club has a six stroke lead over Ty Brewster of the Quarry Oaks Golf Course in the 12 and under Men’s Division after shooting an 84.