Recap: Round three of the 2020 Nott Autocorp Men’s Amateur Championship 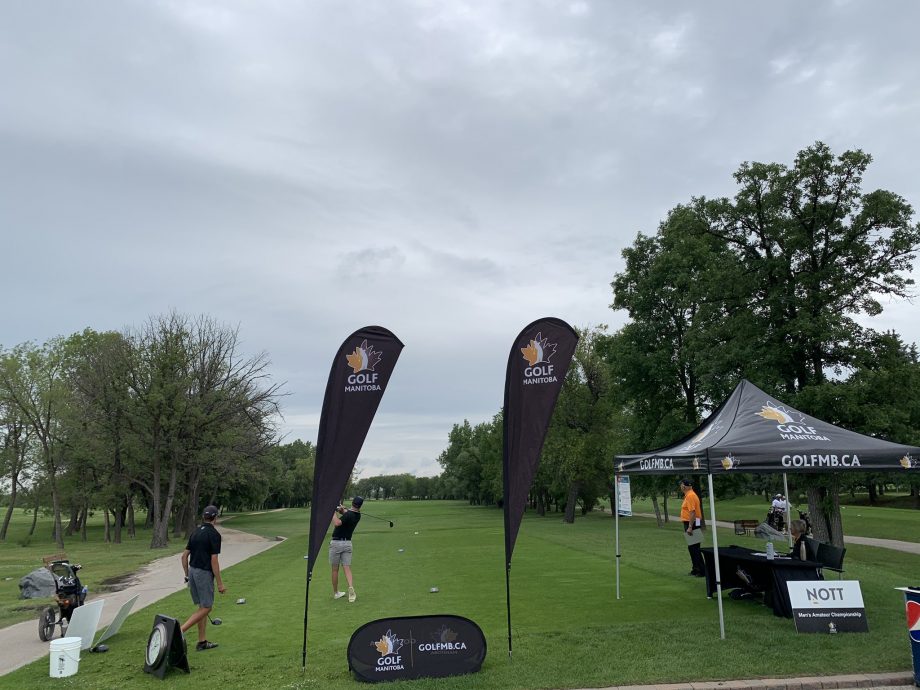 The move of the day goes to Connor Stewart of the Southwood Golf & Country Club who started the day at 8-over par and 14 shots back of the lead. Stewart carded a 4-under par round of 68 that included a back nine score of 32 to move him within just 6 shots of the lead and in a tie for the 8th place.

Other notables near the top include 2020 Mid-Amateur Champion Allan McDonald of Breezy Bend shooting 71 to put him in a tie for 11th at 221. 2020 Junior Men’s Champion Neel Soni of St. Charles Country Club posted 73 to move into a tie for 6th. And 2019 Men’s Amateur Champion runner-up Austin Dobrescu of the Shilo Country Club shot a 1-under par round of 71 to move him 6 shots back of the lead and also into a tie for 6th place.