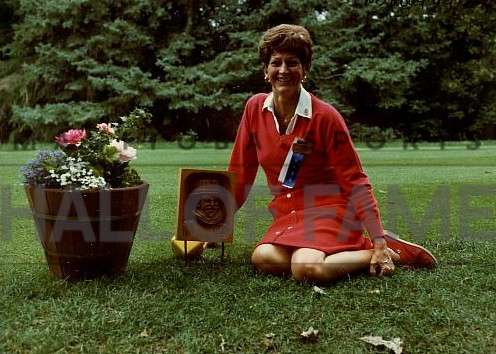 It is with great sadness that Golf Manitoba has learned of the passing of Peggy Colonello on Wednesday, April 15, 2020 at the age of 97.

In addition to her volunteerism, Peggy also enjoyed the competitive side of golf. She represented Manitoba on three Manitoba Senior Provincial golf teams, and many winning Nassau teams for Elmhurst. Peggy was very active in the affairs of her home club, the Elmhurst Golf & Country Club in Winnipeg, where she and her husband Alex had been members since the 1940s.

In 2018 and at the age of 94, Peggy Colonello established the Alex & Peggy Colonello Foundation with a mandate to support junior golf in the province of Manitoba. The Foundation established an unprecedented endowment of $3 million dollars that will aid in supporting the development of new generations of golfers through grassroots golf initiatives and high-performance programming. Since 2019, the Foundation had committed $130,000 to junior golf programs including the Golf in Schools initiative, provincial junior team development and the University of Manitoba Bisons golf program.  The Manitoba Golf Hall of Fame also received support in recognizing and celebrating contributions to golf at the annual Hall of Fame Induction ceremony and will continue to be supported from the Foundation.

Because of her continued devotion to grow the sport for which she and Alex loved so much, the legacy of Alex & Peggy Colonello will carry on through junior golf and for generations to come.