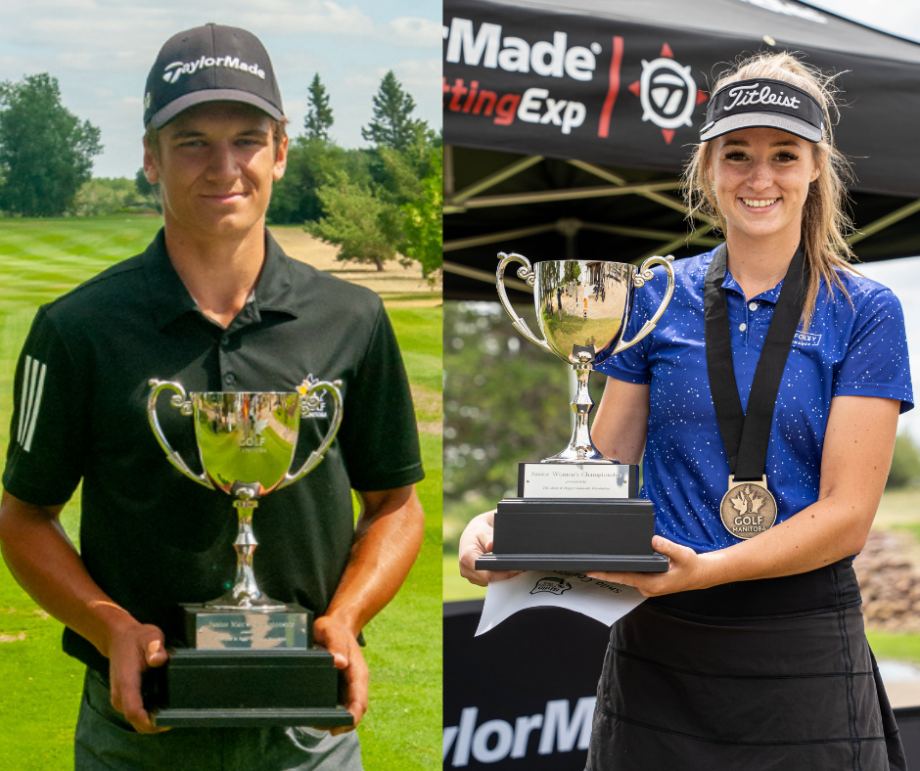 Shooting a career low in her final round, four over par 75, secured the Women’s Junior Championship presented by the Alex & Peggy Colonello Foundation for Clara Peake Wednesday afternoon at Shilo Country Club.

Peake, who had three birdies on the front nine to card a 36, was never in jeopardy making a fourth bird on the 18th hole and finished 11 strokes better than runner up Crystal Zamzow of Swan River Golf & Country Club. Zamzow had a final round 78.

After falling by a single stroke a year ago at the Men’s Junior Championship, Breezy Bend Country Club’s Braxton Kuntz is the 2021 championship after making three birdies on the day for a three stroke victory over Adam Ingram of the Elmhurst Golf & Country Club. Ingram had an impressive final round with five birdies, including the 17th and 18th holes, for the low score Wednesday at 2 under par 70.

As championship play comes to conclusion, Golf Manitoba would like to thank president Marg Homenuik and the Board of the Alex & Peggy Colonello Foundation, for their tremendous support of this event. Special thank you also to our Official Performance Partners: