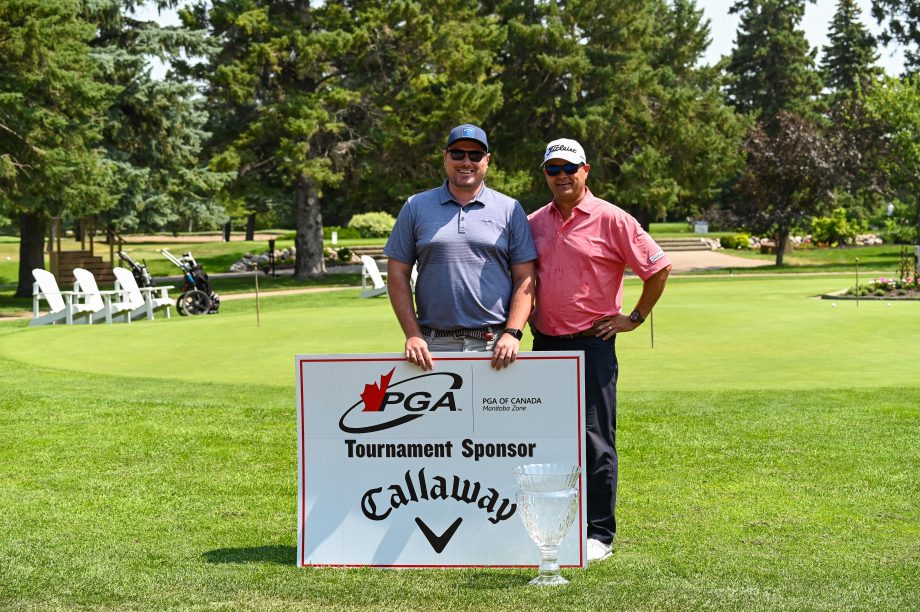 Dean North of the Carman Golf Club shot back to back 69’s over the last two days to claim the PGA of Manitoba Callaway PGA Championship at the Elmhurst Golf & Country Club.

Colwyn Abgrall of Golf Tec finished fourth on the leaderboard with a two day total 144 (74-70), while first round leader Kevin Giesbrecht of the Assiniboine Golf Club rounded out the top five at 147 (68-79).

The next PGA of Manitoba event is the Taylormade adidas Fall Championship August 23 & 24 at Larters at St. Andrews Golf & Country Club.