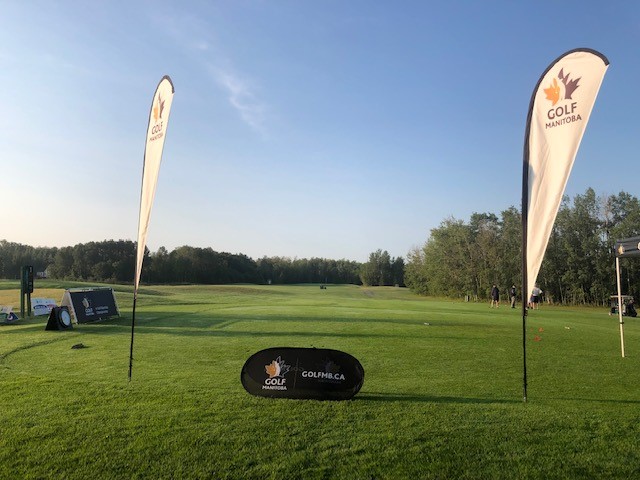 Noel Ngo of Pine Ridge Golf Club was the only player Sunday to break par with a two under 70 at Grand Pines Golf Club and will be the top seed starting Monday in the 48th Manitoba Match Play Championship.

Ngo’s back nine scorecard included three birdies for a 33.

Connor Stewart of Niakwa Country Club is the number two seed after firing a one over par 73.

Rounding out the top five are Lyle Mackenzie in third, also of Niakwa at 74, Brent Ingram of Elmhurst Golf & Country Club (75) and Curtis Markusson of St. Charles Country Club (75) fourth and fifth respectively.

43 players were vying for 32 spots in the Men’s bracket that saw the cut line set at 85.

Lorne Duncan of Niakwa birdied the 15th and 16th holes during his round and is the low Senior Men’s qualifier following a two over par 74.

Moving forward it’s a single knock out format in all three divisions.

For the Match Play Brackets and tee times, click here.

The 16 Men’s matches will tee off Monday afternoon.

All three division semi finals will be played Thursday morning with the respective Championship Division Final to follow in the afternoon.