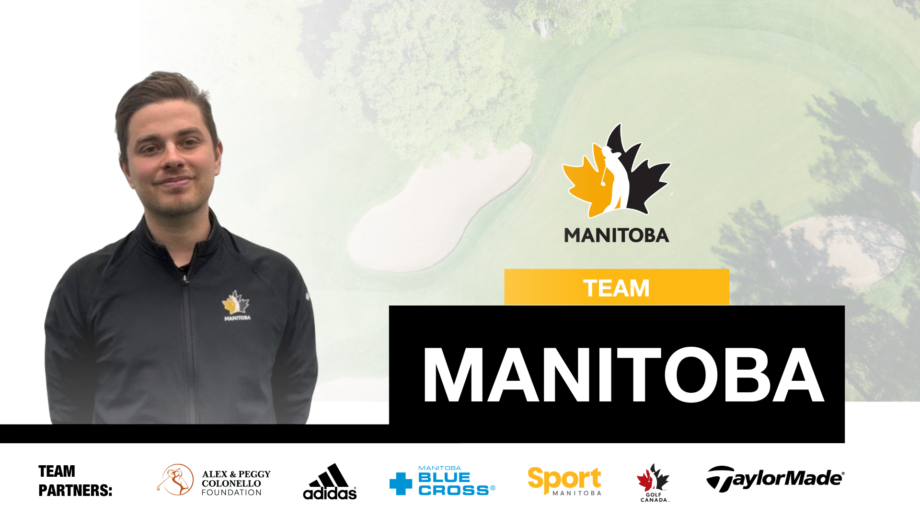 Murray, who is a PGA of Canada class A professional, assumes the role from Derrik Goodwin, who resigned due to personal and professional time constraints.

“First of all, I would like to thank Derrik for everything he has done for our program. He spent countless hours with our young athletes continuing the tradition and work ethic of his predecessor Garth Goodbrandson. I, and our staff, are grateful to know Derrik will be a valued resource moving forward as he focuses on his family and current position at Glendale Golf & Country Club” said Ladobruk. “As we move forward into 2023, we welcome Sean to our Golf Manitoba family. Sean is highly regarded by his mentors in the golf community and I know our Team Manitoba athletes will learn a great deal from him both on and off the course”.

Murray is a graduate of Sisler High School and continued his studies into Red River College’s Business Administration program where he majored in marketing.

His golf and coaching resume includes working locally at The Players Course and Breezy Bend Country Club prior to moving to Calgary to join the staff at the Bearspaw Golf Club. During his time in Alberta, Murray was an Assistant Coach with the University of Calgary Dinos and Alberta Provincial team. He then went East and was named High Performance Coach and Junior Coordinator at Royal Montreal Golf Club.  In 2022, Murray was named an Assistant Coach for the Team Manitoba Junior Boys’ Program.

Last year, Murray returned home to join the staff at St. Charles Country Club as an Associate Professional. He will continue with his current role as Director of Instruction and Junior Golf Coordinator.

About Team Manitoba: The Team Manitoba program provides enhanced training, development, and competitive opportunities for both aspiring and accomplished junior female and male athletes from the Golf Manitoba region.