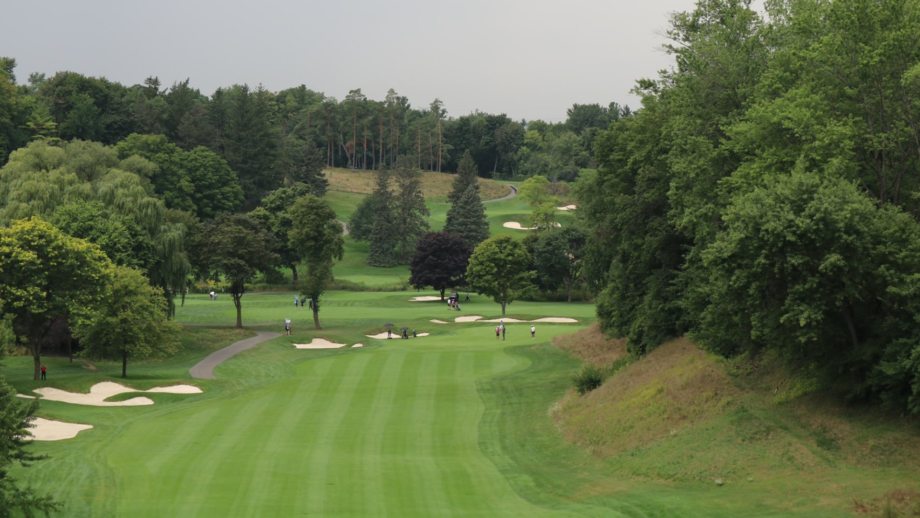 Winnipeg’s Curtis Markusson is five strokes off the lead following a one-over par 71 in this third round at the Canadian Men’s Mid-Amateur Championship. His 54 hole total is 210. The St. Charles Country Club member posted two bogeys, one birdie and 15 pars in the third round.

Charles Fitzsimmons of Ontario is atop of the leaderboard at 5 under par 205, while Ryan Tsang, also of Ontario, is second at one under par 209.

“I just prefer playing golf and the competition. It’s such a good atmosphere and there’s so many great players across the country” Markusson told Golf Canada. “If you can’t get excited for this in the game of golf at any time of day, you shouldn’t be golfing”.

The 40-year-old holds a four-stroke advantage in the Men’s Mid-Master division – a subdivision for players 40 and over. Mike Dinner is in second place, four strokes shy of Markusson’s lead.

Alan McDonald of Breezy Bend Country carded his second consecutive 74 to sit tied for 51st on the leaderboard at 224 while Adam Guenther of Elmhurst Golf & Country Club is tied for 71st at 231 following an 81.

The final round tees off Friday morning at The Thornhill Club.