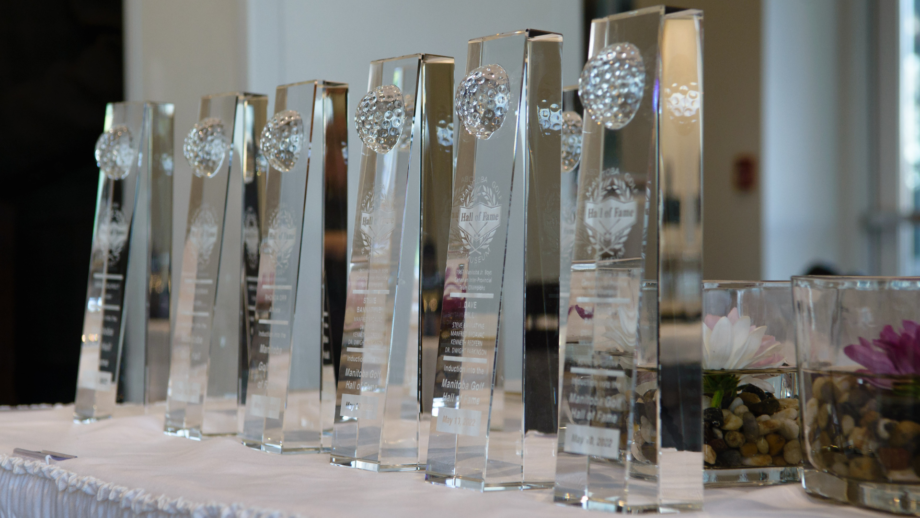 WINNIPEG, MB – The Selection Committee for the Manitoba Golf Hall of Fame and Museum is pleased to announce the class of 2021. Donna Brownridge, Derrick Chlopecki, Gerald Morrissey, and the 1991 Manitoba Junior Girls Interprovincial Team Champions will be inducted as honoured members in the spring of 2023.

In addition to her playing record, Donna had a long history of club volunteerism acting as captain of the Elmhurst Ladies Nassau Team from 2003-2006 and 2011-2013. She was also the Nassau League President in 2014-15. Brownridge also served for 12 years on the Elmhurst Board of Governors and become the first (and only) female president in the club’s 114-year history (as of April 2020).  Brownridge was also the researcher and author of the golf history book “Elmhurst – The Home of Champions” that was completed in 2014.

Donna Brownridge passed away on December 18, 2020.

Derrick started his career in the golf industry in 1987 as the Equipment Technician at the Rossmere Country Club. In 1991 he assumed the role of Superintendent.  Derrick was hired in 1993 as Superintendent at the Pine Ridge Golf Club, a position that he still holds to this day.  During his 29 years at Pine Ridge, Derrick has consistently delivered exceptional course conditions for its membership and has hosted numerous club, provincial, national and professional events including an impressive 22 years as the host Superintendent of the Manitoba Open.  Derrick has been the host Superintendent 23% of all Manitoba Opens hosted in the events 100+ year history.

Chlopecki, a long-time member of the Manitoba Golf Superintendents’ Association, was named Superintendent of the Year by his peers in 2017.

Gerald Morrissey was the head golf professional at the Rossmere Country Club from 1958 to 1991.  “Moose” as his peers would call him, lived his 34-year golf career by playing and promoting the sport to which he devoted so much to.  During his tenure, he amassed an impressive playing record including two-time PGA of Manitoba Zone Senior Champion, 4-time Kenora Open champion, 3-time Falcon Beach Open champion, 2-time Pine Falls Open champion, 2 Brandon Western Open Championships, won the PGA of Canada Team Pro-am at Disney World in Florida, 3 top-ten finishes in the Manitoba Open in addition to numerous PGA of Manitoba Zone events and pro-am victories.  In 1991, he was awarded the PGA of Manitoba Zone Club Professional Award.

Morrisey was also an avid promoter of the sport where he taught golf lessons at the Y.M.C.A, and local schools.  He also organized indoor golf lessons and numerous golf tours and trips for his members and students to within Canada, the South Pacific, Europe and Australia and New Zealand.

The 1991 Manitoba Junior Girls’ Interprovincial team finished in 1st place and on home soil by shooting a 36-hole team score of 500 and six shots clear of second place Team Alberta (506).  The team championship was conducted during the first two days of 1991 Canadian Junior Girls Championship that was held August 21-24 at the Pine Ridge Golf Club in Sunnyside, Manitoba.

The induction ceremony for the Class of 2021 was postponed in that same year due to the pandemic and is scheduled for early May of 2023.  Details on the event will be announced early in the new year.

Individual members and member clubs wishing to nominate an individual (amateur or professional golfers, superintendents, builders, media, etc.) for the Manitoba Golf Hall of Fame may obtain nomination forms through any of the three member organizations or at manitobagolfhalloffame.com.