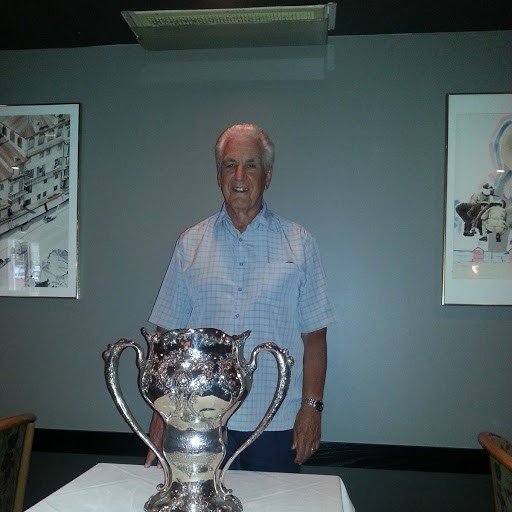 Each year, Golf Manitoba recognizes the outstanding individual contributions of a long-serving volunteer through its Distiguished Service Award. The criteria for the award is long-time service to Golf Manitoba (including Manitoba Golf Association & Manitoba Ladies’ Golf Association); going above and beyond the expectations of a volunteer; proving to be an advocate for the game and the Association, demonstrated commitment to amateur golf in Manitoba and Northwest Ontario and displaying qualities of a positive role model for other volunteers.

After 27-plus years of service to the game of golf, Lou Spado, will be honored with the Golf Manitoba Distinguished Service Award on October 23 at the St. Charles Country Club during the 2019 Golf Manitoba Annual Awards Reception.

Lou’s impactful volunteer career started in 1992 where he joined the Manitoba Golf Association as a starter and scorer for tournaments. In 1994, Lou served as the MGA representative for his home club, the St. Boniface Golf Club. His passion for volunteerism lead the retired Winnipeg police detective to obtain his certification as a Rules Official in 1996, a credential that he still holds to this day. In 2000, Lou joined the MGA Board of Directors which ultimately led to his two year term as President of Golf Manitoba from 2005 to 2007. More recently, Lou received his Level 3 Rules Referee certification through Golf Canada. In addition to these roles, Lou has served on a variety of Golf Manitoba sub-committees including co-chair of the Rules Committee, marketing, membership and tournament committees.