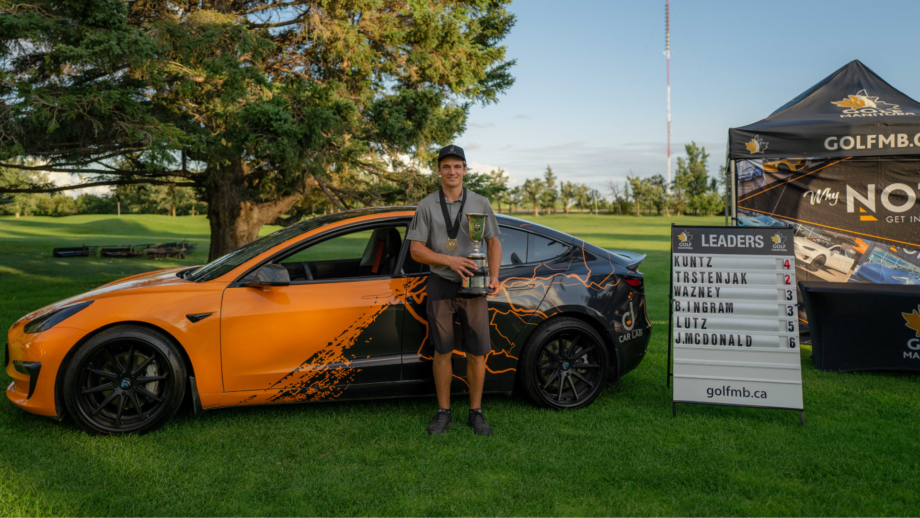 Kuntz shot a 4 over 75 in his final round to finish at 209, good for a two stroke victory over Marco Trstenjak of the host Elmhurst Golf & Country Club.

Along with his pair of Amateur victories, Kuntz is the first player in Golf Manitoba history to win back to back Junior Boys Championships. During those 4 combined events, he finished at -30 under par.

Trstenjak carded an even par 71 in his final round to finish at 211.