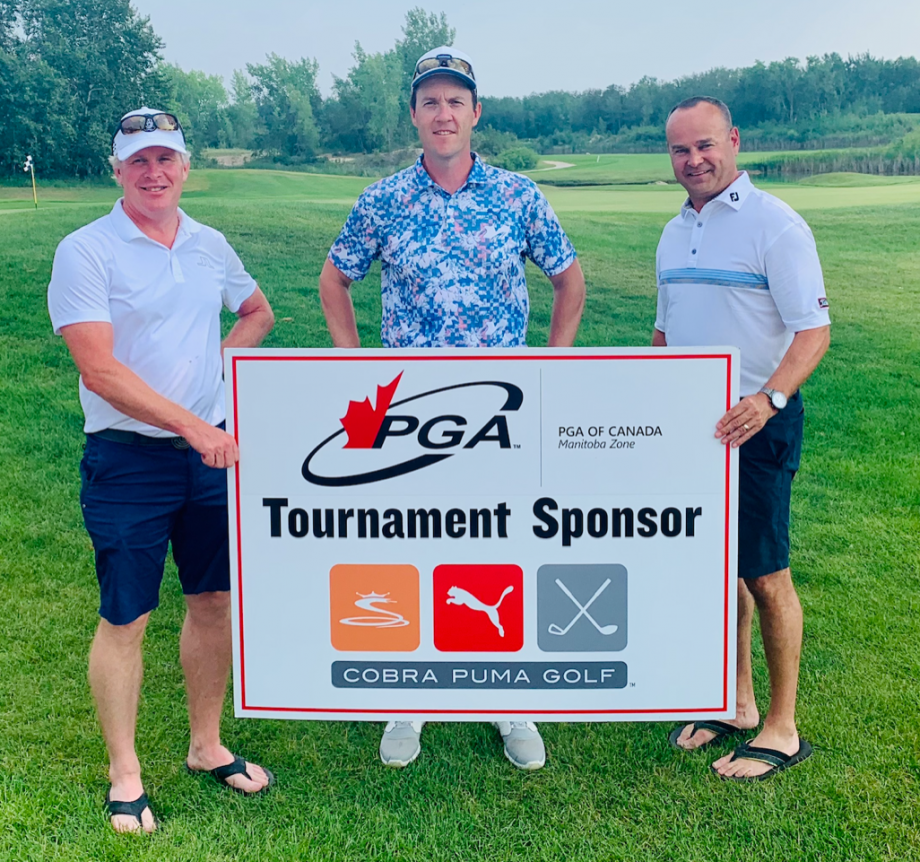 The team of Cory Kartusch of St. Charles Country Club and Dean North of Carman Golf Club are the first champions crowned on the 2021 PGA of Manitoba schedule.

In the 27 hole Cobra Puma Pro Pro at Quarry Oaks Golf Course, Kartusch and North ended up with a 97 on the scorecard, 3 strokes better than Dave McMillan of Elmhurst Golf & Country Club and Rob Guthrie of the Winnipeg Winter Club.

The two man teams played a best ball format on holes 1-9, a modified alternate shot on holes 10-18 and concluded with a two man scramble on holes 19-27.

Elmhurst’s Matt Lorenz and Derrik Goodwin of St. Charles finished third on the leaderboard at 102

The PGA of Manitoba thanks Cobra Puma Golf and Ryan Sommerfeld for their support along with Darren Hayden and Quarry Oaks for hosting.

Next up is the Callaway PGA Championship Tournament July 26-27 at Elmhurst Golf & Country Club.