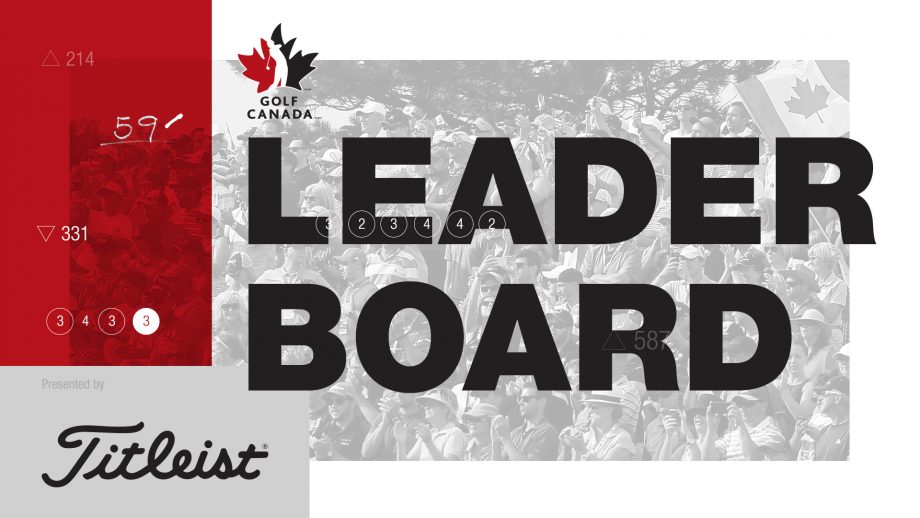 Below is a list of how Canadian golfers fared across the major professional tours the week prior.

Hudson Swafford squandered a four shot lead but rallied with a birdie on the 17th hole and a par putt on the final hole for a one stroke victory at the Corales Puntacana Club and Resort Championship.Tyler McCumber, who sank a 25-foot birdie putt on the 18th to move into a temporary tie for the lead before Swafford sank his birdie, finished second. Mackenzie Hughes, who was one shot off the lead with three holes to play, bogeyed the final hole to finish third.  …David Hearn was just two shots off the lead after the opening round …Despite missing the cut Graham DeLaet’s second round 64 was the lowest of the day and the lowest round he has shot on the PGA Tour since July 2017.

Jared Wolfe survived a windy final round to hang on for a one stroke victory over Taylor Pendrith at the Wichita Open. Wolfe seized control with an eagle on the par-5 14th hole, only to drop shots on each of the next two holes before finishing up with two pars. It was his second win of the year on the Korn Ferry Tour, and one more will earn him an automatic promotion to the PGA Tour. Pendrith, who held the clubhouse lead after a career-best round of 62 on Friday, had a chance to tie and force a playoff with 15-footer for birdie on the final hole but had to settle for par. His runner-up result was his fourth second-place finish of the season and moved him to second on the Korn Ferry Tour points list. …Adam Svensson made up eight places in the final round for his fourth straight top 30 result. …Stuart Macdonald’s opening round 66 was the lowest of his career on the Korn Ferry Tour and left him just three shots off the lead

John Catlin birdied three of his last four holes for a come-from-behind two-stroke victory at the Irish Open. It was the second win in three weeks on the European Tour for the 29-year-old who until this year had only won on the Asian Tour. Catlin is the first American to win the Irish Open since Hubert Green in 1977. Aaron Rai could have forced a playoff with a birdie on the final hole. Instead he finished with a bogey. … Aaron Cockerill is second on Tour in driving accuracy

Laura Wearn holed a 12-foot birdie putt on the final hole to force a playoff before making par on the first extra hole to beat Haylee Harford in the IOA Golf Classic. Wearn won for the third time on the Symetra Tour. …Maude-Aimee Leblanc was making her first start since announcing her retirement from golf last October. Her second round 66 was just one stroke off the low round of the day. …Samantha Richdale made her first weekend cut in six tournaments