From zero to full in 40 seconds, and other strange tales from the 2020 golf season 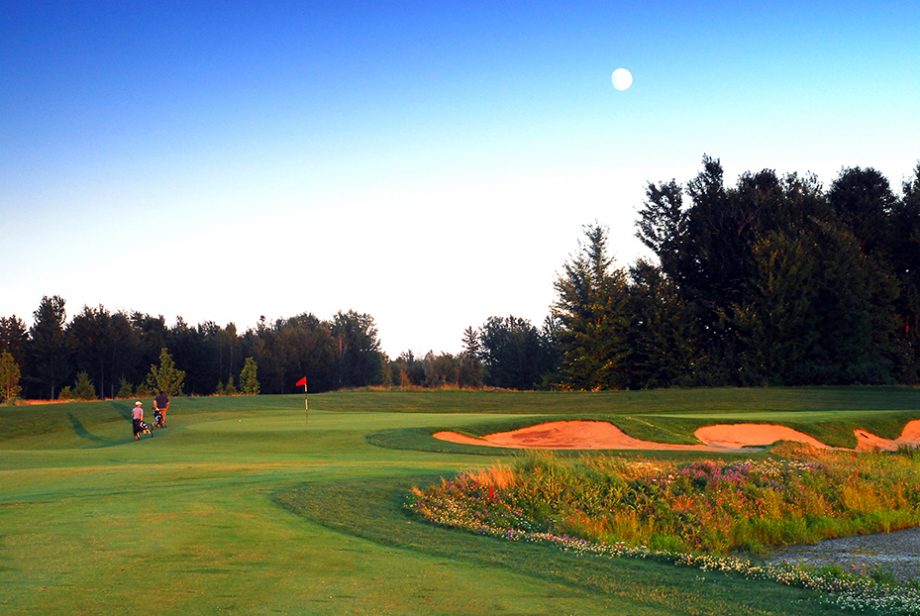 Just how busy were golf courses across Canada in 2020?

Early one morning at the beginning of the season, Stephen Jardeleza positioned himself in front of his computer at GreyHawk Golf Club. On his screen was a blank tee sheet for the Ottawa club where he is the Director of Operations.

In a few minutes, the computerized tee-times reservation system would open for members to begin booking tee times for the upcoming Saturday. Up for grabs were 130 tee times across the club’s 36 holes, which, if fully booked, would work out to 520 golfers.

At 7 a.m., the tee sheet came alive. “In 40 seconds, our tee sheet was fully booked,” Jardeleza said. “And this happened every day.”

The 2020 golf season—and the year—will go down in infamy as one of the strangest that most of us will ever experience.

Faced with a mysterious and deadly nemesis, golf provided a beacon of badly needed joy amid fear and frustration. We were smitten. We couldn’t get enough golf.

“It didn’t matter that there was a worldwide pandemic,” said Simon Bevan, General Manager of Riverbend Golf Club in London. “Golf was like a drug. We all wanted to hit the little white ball.”

Now that the season has ended, the golf club industry in Canada is celebrating a record year in which rounds skyrocketed to historic proportions. Thousands of people took up golf—some for the first time, and some came back to the game—and veteran golfers played more than they ever have.

But right out of the be-careful-what-you-wish-for playbook, the industry faced the challenge of how to mollify established golfers frustrated that they could no longer get to the first tee when they wanted.

Back in April, with cities around the world looking like ghost towns, and major league sports and the PGA TOUR shut down, golfers held on to a slender thread of hope that a golf season might be possible.

By early May, golfers in Ontario and Quebec had endured two months of a gruelling lockdown, made worse by a tantalizingly warm spring that screamed golf. Golfers ached for their game. A friend said, “Golfers can distance. I play golf with people. I don’t dance with them.”

After weeks of consultation with the golf industry on safety measures, the Ontario government said courses could open May 16. Quebec set May 20 as its opening day.

Golf clubs had only a few days to finish their preparations in order to keep golfers safe. Staff removed ball washers, water coolers, benches and outfitted flagsticks with doo-hickeys that allowed you to extricate your ball without having to touch the stick.

Held back from their usual start to the season, golfers were ravenous. On May 15—the first day that tee times could be booked—thousands of ClubLink Members went online to reserve their tee times at 7 a.m., causing the system to crash.

Many technology platforms serving the golf industry were overwhelmed. When Golf Ontario opened its online tournament registration on June 24, 17,000 people visited its site in a matter of minutes, causing it to crash for the first time in its history, according to executive director Mike Kelly.

On those first wonderful days of the 2020 golf season, golfers were over the moon to play and golf club personnel were cautiously nervous.

Thousands of golfers wanted to play the game—not just because they are an extremely obsessive bunch—but also to escape the same four walls at home. Without having to travel for work or commute, working from home also afforded many golfers the freedom to play when they wanted. More or less.

With offices and schools closed, and nearly every other option for having fun shut down, golf became the ‘it’ activity. Spouses, friends and kids who had not tried golf, and those who had given up the game, were playing.

“Almost all of the guys that I played slow-pitch with every Tuesday for 20 years were now playing golf,” said Kevin Thistle, CEO of the PGA of Canada. “The way we play golf, work, watch sports—it’s all changing, and forcing us to adapt.”

From the once-a-year golfer to the 100-rounds-plus player, everyone played more—and wanted more.

“Players who would normally play 30 to 40 rounds played 70 to 80 rounds,” said Adam Tobin, Director of Golf at Whistle Bear Golf Club in Cambridge.

Even with most corporate events cancelled at most clubs, tee times became a precious commodity.

By the end of June, Canadians had played more than 1.5 million rounds during the month, an increase of 17 per cent over June 2019. And that’s a monumental feat folks when you consider June is THE busiest and best month to play. For an industry that faced media reports a few years earlier that it was declining, business was booming.

But for avid golfers who routinely play three or more rounds a week and were used to convenient tee times, it was not all sunshine and rainbows.

“There was a lot of frustration,” said Jason Wyatt, Head Professional at Sunningdale Golf & Country Club in London, where demand shot up 52 percent over 2019 with the same number of members. “There were people who wanted an 8 a.m. time but had to settle for hours later.”

Even playing ‘executive’ or nine-hole courses was a challenge. “There were times that we had six groups lined up to play our nine-hole course,” said Dennis Firth, Head Professional at Royal Montreal which experienced a 30 percent increase in rounds over 2019. “It was unprecedented.”

As a golfer, and the fellow in charge of tracking golfers across the country for Golf Canada, Adam Helmer said he could no longer just head out to play. He had to become organized in scheduling his golf.

“A downside of golf being so popular was that not everyone was able to get the tee time they wanted,” said Helmer, senior director of Golf Services for Golf Canada.

The problem was simple. Demand for tee times appeared limitless, but every course has a finite number of holes and daylight. And to keep golfers from getting too close to one another, most clubs spaced out tee times, which meant fewer golfers on the course.

But even in June when the days are longest, there’s only enough room to accommodate about 225 golfers. “If 300 people want to play that course that day, you have a problem,” said Finlayson, whose ClubLink courses saw a 29 percent increase in rounds in 2020 compared with 2019.

Many private clubs responded by restricting the number of guests that members could bring, and restricted access for certain classes of memberships.

“To make room for our full members, we had to restrict our legacy and out-of-town members,” said Ian Leggatt, General Manager of Summit Golf Club in Richmond Hill. “We had to communicate to them that these are unusual times,” said Leggatt, who has since moved to the same position at St. George’s Golf and Country Club in Toronto.

Initially, Leggatt and other senior club managers wondered if golfers would “drift from the game” because they couldn’t socialize in the clubhouse restaurant afterwards,

and the on-course experience was altered.

But with fewer golfers on the course, no need to rake bunkers, and single riders on carts, the speed of play improved dramatically.

“The measures were taken for safety, but it provided a better experience,” Finlayson said. “Most golfers expect to play 18 holes in 4 to 4.5 hours, but this year a 4-hour round was considered a bit slow.”

Nonetheless, many golfers were frustrated about access, and many golf clubs stepped up their communication efforts to help their members adapt.

“You couldn’t over-communicate,” Leggatt said. “This whole thing was shifting, and there was no template on how to make it work better.”

It affected everyone, including ClubLink Member and CEO of the National Golf Course Owners Association of Canada, Jeff Calderwood.

“I’d jump on the computer five days in advance at 7 a.m. this fall, and there were often no times at Eagle Creek (his Home Club in Ottawa),” he said. “It illustrated the dilemma we had.”

Industry leaders such as Calderwood are thankful golf provided a silver lining during a pandemic, but they are also mindful that the industry is challenged by how it satisfies core golfers while retaining new players.

“I don’t claim to have all the answers. You could restructure and find that, perhaps with a vaccine, demand doesn’t stay so high, and then you’re not sustainable if you got it wrong.”

Mike Kelly of Golf Ontario was among the industry leaders who consulted with the Ontario government to allow clubs to open this season, and he’s grateful golfers turned a possible disaster into a banner year for golf.

As a golf administrator who represents the sport in Ontario, as well as players who want to play and have fun, Kelly says he can’t lose focus on what’s truly important.

“Our job is to provide a safe environment. That’s our No. 1 priority during this pandemic. We can’t screw this up. The game has grown and the industry will evolve, but the priority must be safety.”

Tim O’Connor is a golf and performance coach, writer and author of four books, co-host of the Swing Thoughts podcast, and webinar presenter. He is the 2020 winner of the Lorne Rubenstein Media Award given by Golf Ontario. tim@oconnorgolf.ca