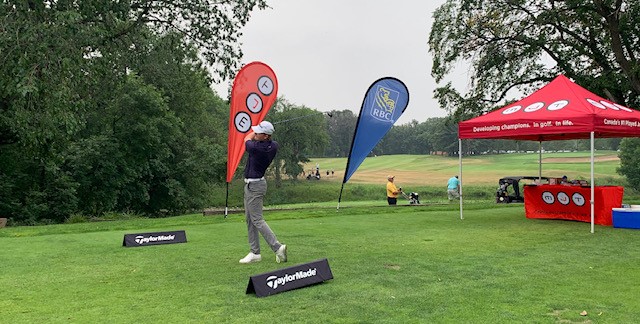 It was another impressive two days of play at the St. Boniface Golf Club in the latest installment of the Maple Leaf Junior Tour’s Manitoba Series.

Jordon McDonald of Winnipeg needed a playoff to beat Samuel Sullivan of Carman to win the Junior Boys division. Both golfers finished 36 holes of play at 150.

Hayden Delaloye of Neepawa and Austin Boge of Winnipeg, also ended up at 150 in the Juvenile Boys division. Delaloye prevailed in the playoff.

Brayden Boge of Winnipeg also needed a playoff to edge out Terence Rafferty in the Bantam Boys division after both players finished at 158.

Elle Wood is the 15-19 Girls champion following an eight stroke victory over Annika Russel, both of Winnipeg.