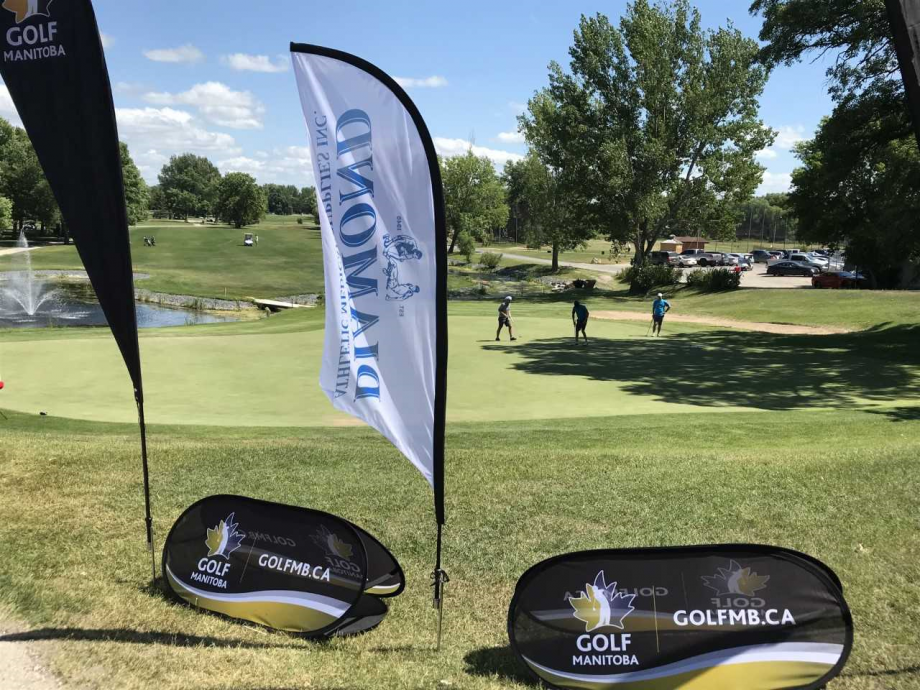 The first round of the 2019 Diamond Athletic Women’s Amateur & Men’s Mid-Amateur is in the books in what turned out to be a sunny but windy day at the Selkirk Golf & Country Club.

On the men’s side, Eric Johnson and Mike Tibbs of Breezy Bend Country Club sit atop the leaderboard fashioning 1-under par rounds of 70. Curtis Markusson of St. Charles Country Club shot an ever par round of 71 to sit alone in third place. Breezy Bend is all over the top of the leaderboard with defending champ Justin McDonald shooting a one-over par round of 72 to sit in a tie for third with Dwayne Heinrichs of Bel Acres. Lurking just a few shots behind are club mates Garth Collings and Jesse Skelton, also of Breezy Bend, matching cards with 2-over par rounds of 73. Also in a tie for sixth and shooting 73’s are Ben Bandura of Elmhurst Golf & Country Club and Ryan Terdik of Pine Ridge Golf Club.

In the Women’s Amateur, Greer Valaquenta of Southwood Golf & Country Club shot a two-over round of 73 to sit alone in first. Marissa Naylor of Pine Ridge is in second with 77 and Charmaine Mackid, of Breezy Bend, is in third shooting a seven-over par round of 78. 2018 defending champion Camryn Roadley of Southwood opened with an 84 to sit 11 shots back and in 8th place.

Round 2 goes tomorrow at Selkirk staring at 8am.