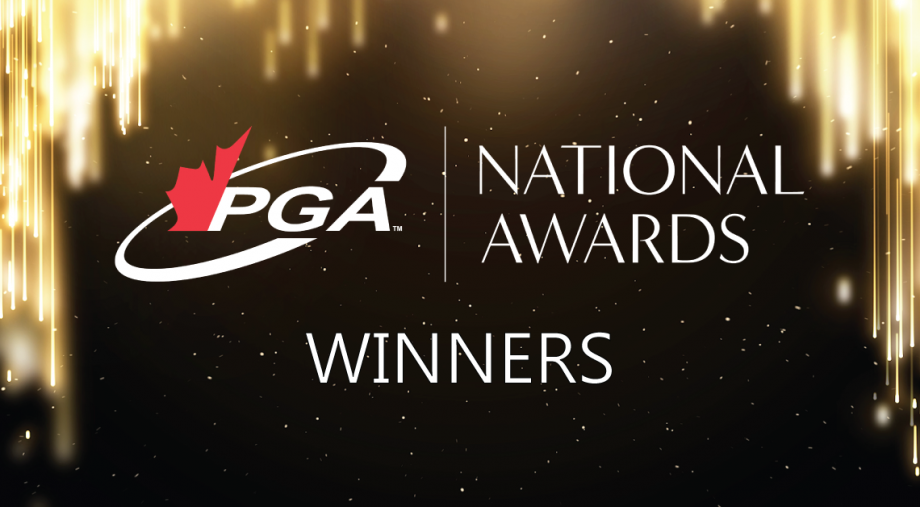 It was a rewarding night for two PGA of Canada – Manitoba professionals during the 2020 PGA of Canada National Awards ceremony held on Thursday, January 28.  Golf Manitoba junior development team coach Derrik Goodwin was awarded both the Tex Noble Award for Professional Development and the Stan Leonard Class A Professional of the Year.  Team Canada men’s head coach Derek Ingram was recognized with the Ben Kern Coach of the Year award.

Stan Leonard Class A Professional of the Year – Derrik Goodwin

Derrik Goodwin continues to add to his impressive trophy case. With thorough knowledge in numerous teaching technologies, such as TrackMan, Foresight Sports, K-Vest, and Quintic, Derrik brings a wealth of knowledge to members of St. Charles Country Club and to the players on the golf teams at the University of Manitoba, where he is the director and head coach. In addition, Derrik is a vital member of the St. Charles golf staff — running leagues, tournaments, club fitting, introductory clinics, the junior program, and the Future Links Learn to Play program. He also volunteers his time to numerous initiatives, such as the PGA of Manitoba’s Future Pros program.

Team Canada men’s head coach Derek Ingram took on even greater responsibilities in 2020, overseeing Golf Canada’s entire development program. He was one of the first coaches to use remote connection tools like CoachNow to work with his many students — including PGA Tour winner Corey Conners — and he shared his golf wisdom on social media with his popular Garage Series tips. Derek also operates a high-performance program at Elmhurst Golf and Country Club in his native Manitoba, where many of his pupils are ranked among the province’s top juniors. Derek is now a four-time national award winner, having been the 2003 Junior Leader of the Year and the 2003 and 2007 Coach of the Year.