Day 3 on the links at the Canada Summer Games 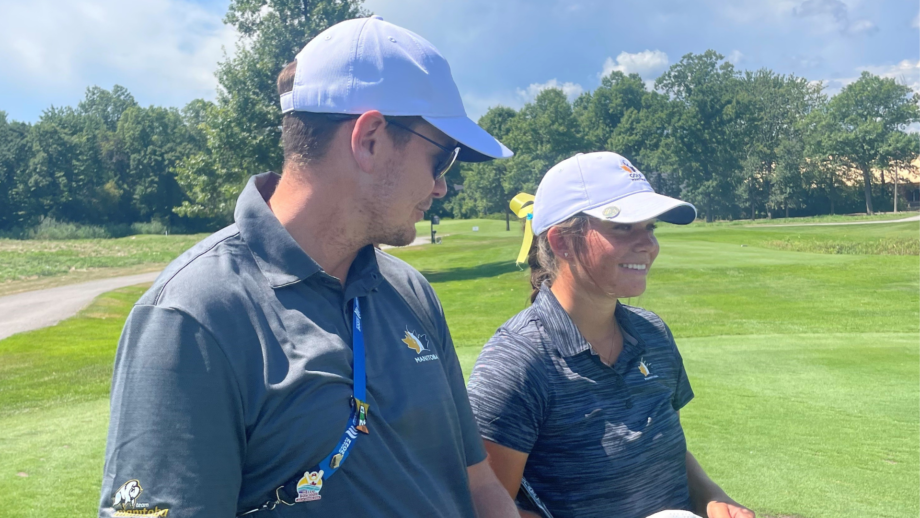 Headingley’s Grady Chuback had the low round of the day for Manitoba’s four golfers taking part in the Canada Summer Games.

The St. Charles Country Club member shot a 1 over par 73 and is currently 16th on the leaderboard with a 227 total.

Dauphin’s Eric Prokopowich, a Golf Manitoba Public Players Club member, is two strokes ahead of Chuback in 15th place at 225 following a 74.

Cooper Humphreys of British Columbia and Quebec’s Guilliame Paquette are tied for atop of the Individual Male Leaderboard at 9 under par 207.

Winnipeg’s Addison Kartusch, also of St. Charles, carded a 78 to sit 9th on the Individual Female leaderboard at 228.her second consecutive 3 over par 75 in the Ladies Competition to find herself 9th on the leaderboard.

Golf Manitoba Public Players Club member Cala Korman, of Killarney, bettered yesterday’s round by a single stroke shooting a 5 over par 77 and is tied for 12th.

Lauren Kim and Tina Liang, both of British Columbia, share the lead at 10 under par 206.