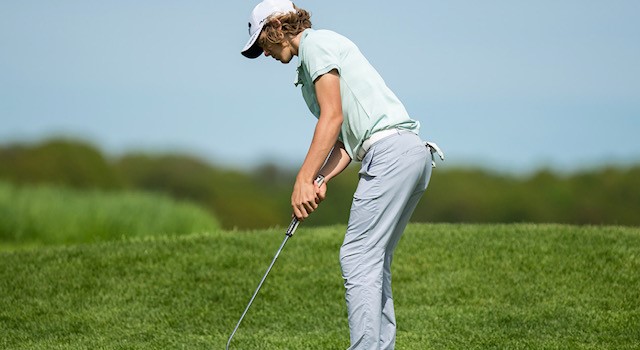 Jean-Phillippe Parr of Quebec has a one stroke lead over British Columbia’s Cooper Humphreys and Owen Mullen of Nova Scotia heading into Thursday’s final round of the Canadian Junior Boys Championship.

Parr carded a bogey free six under par 66 in his third round and sits with a 54 hole total of 204.

Jack Taylor of St. Charles Country Club had three birdies on the day and shot 75, which has him tied for 42nd on the leaderboard.

Pine Ridge Golf Club’s Ryan Blair is tied for 50th place after a 76.