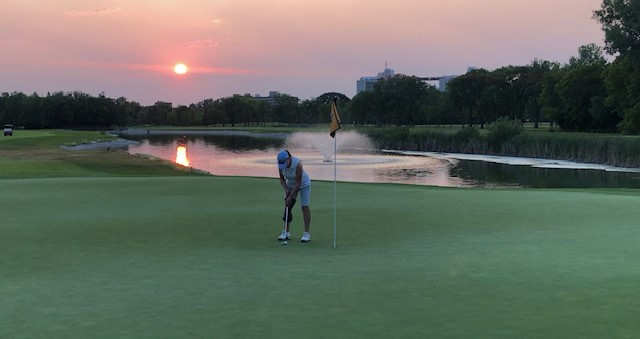 Back to back rounds under par have Elmhurst Golf & Country Club’s Jordy Lutz atop of the leaderboard heading into Sunday’s final round of the Diamond Athletic Men’s Mid-Amateur Championship at Niakwa Country Club.

Lutz eagled the eighth hole along with four birdies during his second round to finish at three under par 68, which is the lowest score of any player in this 2021 championship so far.

Todd Fanning of the host course carded a one under par 70 and sits two strokes off the lead.

Delwyn Doerksen, a Golf Manitoba Public Players Club member, had four birdies during his 69 while Breezy Bend Country Club’s Ryan Sholdice shot 70, both players are at 143 through 36 holes tied for third place.

Rhonda Orr of Southwood Golf & Country Club has a one stroke lead over Shilo Country Club’s Bobbi Uhl heading into Sunday’s final round of the Diamond Athletic Women’s Amateur Championship.

An eagle on the 13th hole for Orr was the talking point of her round finishing at three over par 75.

Uhl birdied the 12th and 13th holes however bogeyed each of her final three holes for a seven over par 79.

Hannah Diamond of St. Charles Country Club carded a 78 and is six strokes off the lead while defending champion Veronica van der Meer and Charmaine Mackid of Breezy Bend Country Club are tied for fourth, just one stroke behind Diamond.