Day 2 at the Canadian Men’s Amateur 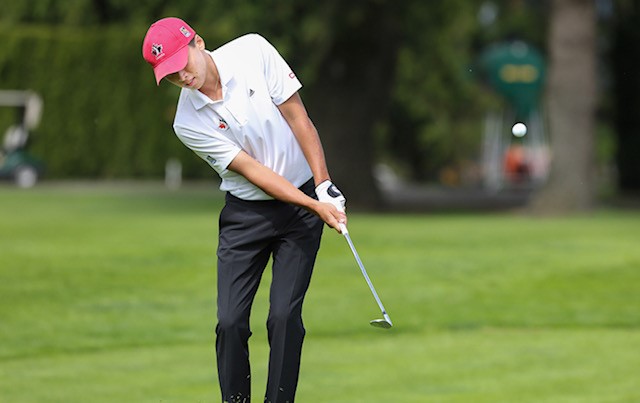 Quebec’s William Duquette (pictured) and A.J. Ewart of British Columbia are tied atop of the leaderboard at 11 under par through two rounds of the Canadian Men’s Amateur Championship in Windsor, Ontario.

Both golfers are at 131 for the tournament as Duquette shot a six under par 65 today while Ewart had a five under par 66.

Two Manitobans made the cut advancing to play in the third and fourth rounds.