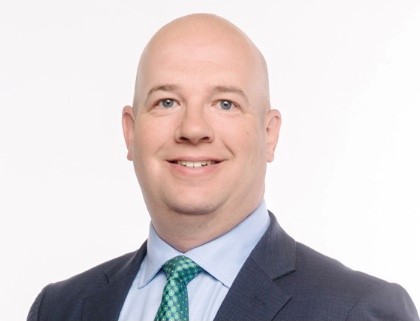 A veteran sports broadcaster with 27 years of experience in both radio and television, Munz brings a wealth of media knowledge as we look to grow the Golf Manitoba brand.

“Brian is one of Canada’s most respected broadcast voices for the Winnipeg Jets and Hockey Canada’s Championship games on TSN television and radio. His passion for story telling and creating compelling content is something we are excited to add to our Golf Manitoba platforms” said Ladobruk.

As Director of Communications, Munz will assist provincial and national media in the promotion of Golf Manitoba member clubs, competitors and volunteers.

“I have been so fortunate to live a childhood dream broadcasting AHL and NHL hockey in Winnipeg. As much as I love hockey, golf has been a passion since I was a young guy going to the course with my dad. This is an incredible opportunity to promote our province’s great golf courses and share the stories of those who love the game as much as I do” said Munz. “Being a member of the media, I know how hard it is to manage all the sports stories fans want to hear. I’m here for Golf Manitoba to be on the radar daily”.

Prior to his time in Winnipeg, Munz’s broadcast career included stints in Edmonton, Alberta, Prince Albert, Saskatchewan, Melfort, Saskatchewan and Duncan, British Columbia. In 2014, he was inducted into the Saskatchewan Junior Hockey League Hall of Fame.

Golf Manitoba is recognized by Sport Manitoba as the Provincial Sport Organization and governing body of amateur for golf in the province. Its mission is to develop, promote, govern and service the sport of golf in Manitoba and North West Ontario for the benefit of all participants.