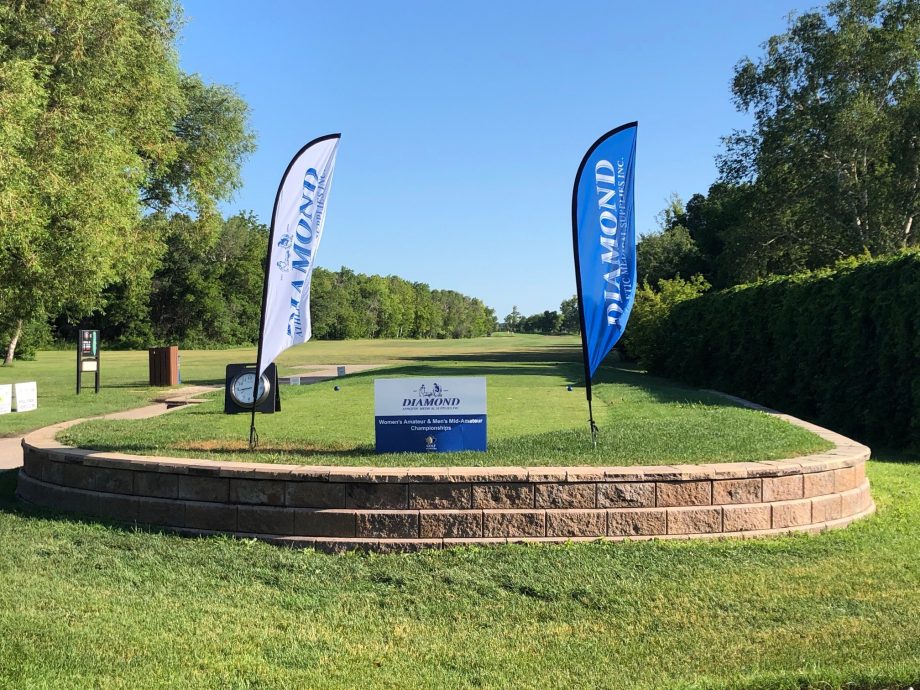 The first round of the 2020 Diamond Athletic Women’s Amateur & Men’s Mid-Amateur Championships is complete with the 54-hole events being contested at the Bel Acres Golf & Country Club. Bobbi Uhl, the 2020 Women’s Match Play Champion, is the first round leader in the women’s event fashioning a 1-over par round of 74. Uhl, who plays out of the Shilo Country Club, sits one clear of Veronica Vetesnik of the Kingswood Golf & Country Club who opened with a 75. 2017 champion Marissa Naylor of the Pine Ridge Golf Club is two back after an opening round 76. Defending champion Greer Valaquenta of Southwood Golf & Country Club is just 5 shots back after an opening round 79.

In the opening round of the Men’s Mid-Amateur Championship, it was Justin McDonald of the Breezy Bend Country Club who set the early pace posting a tidy 3-under par 69 to sit two clear of clubmate Allan McDonald who opened at 71. Sitting in a tie for third, and all from Breezy Bend, is 2019 defending champion Eric Johnson, Mike Tibbs and Jesse Skelton.

Round two will continue tomorrow with the women’s event off first and starting at 9am.