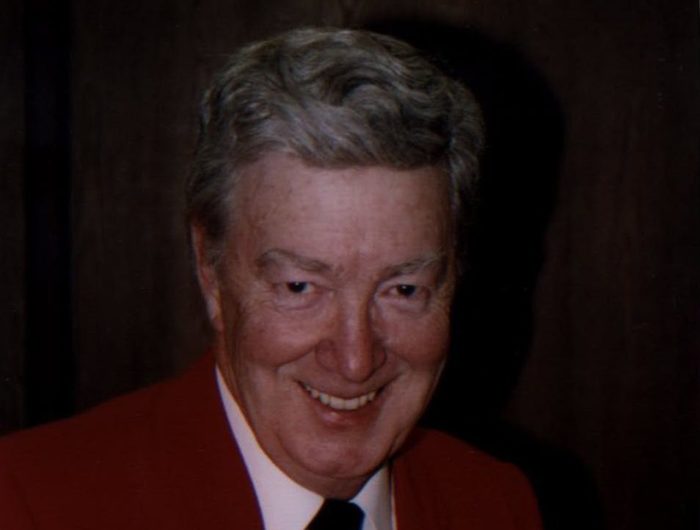 The world has lost a great friend, gentleman and a sports legend. On January 30, 2019, Manitoba Golf Hall of Fame honoured member Mr. Bob Picken passed away. He was 86 years old.

Our thoughts and prayers go out to his wife Barbara as well to his family and friends.

For more than 60 years, Robert John Picken has kept Manitobans well informed on events in the world of sports through broadcasting and writing and he has been recognized for his achievements in many areas.

Born in Winnipeg on September 24, 1932, Picken attended St. John’s High School and his journalistic career began in 1948 while in high school when he joined the staff of the Winnipeg Citizen to cover a variety of sports, including golf. The paper folded in 1949.

From 1965 to 1969, he was on the sports staff at CJOB and he later returned to that radio station on a free-lance basis from 1993 to 2008, covering mainly golf and curling. He was the voice of sport on CBC radio commencing in 1969 until his retirement in 1990.

During his career, Picken covered virtually every type of golf event, from provincial and national amateur championships through the Canadian Open, Canadian Senior Open, the duMaurier Classic, the America’s Cup, the World Amateur in Vancouver and two trips to the Masters at Augusta.

In addition to his extensive radio reporting, he also contributed articles in Backspin magazine from 1993 to 1998 and to the Golf Manitoba Journal since 1993.

Picken has been a director of the Grey Owl golf tournament since 1979, serving as secretary for many years, a two-year term as president and currently is the drawmaster for the event, which marked its 50th year in June.